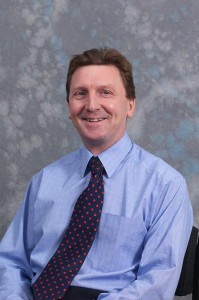 A call-out last week, to investigate an intermittent alarm on a flow wrapping machine with a Quin QDrive synchronising the lug belt with the film, has prompted me to write a troubleshooting guide. In this first post I tackle the action to be taken in response to error code E02 but if you have come across different occurrences of this alarm in complex installations and have devised your own solutions which may be of help to others, we’d love to hear from you.

E02 signifies that a motor or encoder timeout error has occurred. The controller is giving a command to the motor to move but it hasn’t gone anywhere or the encoder hasn’t sent the correct signal back. The timeout parameter says that if it hasn’t moved within a certain time then an error has occurred.

What action should be taken?

The motor may not be moving when instructed or the encoder may not be working and giving the feedback that the motor isn’t moving. After you have checked that the motor is actually working then you could try the following checks:
1. Is the encoder or resolver faulty, incorrectly wired or is there a problem with the cable?
2. Is the motor being physically stopped from moving, eg is there some mechanical reason why it isn’t moving? If the motor has a brake there may be a problem with the brake.
3. Check the parameters are correctly set up – more on this later.
4. The drive may not be seeing the encoder properly; there is a fault with the drive.

If it is a new installation and the motor isn’t moving as it should, then it could be a problem with the parameters that are being programmed into the drive. For example if the current loop setpoint, controlled by G6P1 is not set to zero then error code E02 will occur. Other parameters, listed in the table below, will result in an error code E02 if incorrectly programmed; these are the speed loop setpoint, nominal current, maximum current, maximum speed and shift angle.

You could also check the ‘move word’ parameter. In the installation that I visited last week the ‘move word’ parameter was set to stop the motor going backwards as this could potentially break the lugs on the belt, however it was mapped (synchronised) to the film. When I analysed the motion with PTS scope, you could see that the film around the product moved backwards slightly as the belt came to rest. The lug belt was trying to follow the backwards movement but was constrained by the control system. It was in effect being told to go backwards which it couldn’t do resulting in timeout error, E02. The solution to increase the timeout (TO) and the error window (SE) so the set-up was less sensitive to minor movements and the alarm was not triggered.

The machine I visited was flow wrapping sausages. The QDrive was synchronising the lug belt so that the sausages are in the correct position for wrapping and are fully sealed. An intermittent error code E02 was occurring which was affecting productivity as the machine had been programmed to stop and reinitialise when this occurred. The cause and subsequent solution was as described in 3 above. The lug belt was trying to follow the backwards movement of the film as the product came to rest but was constrained by the control system. Because of this the position error on the lug belt increased as the film moved backwards and sometimes this triggered the position error. By increasing the position error window (SE) it was possible to stop the position error but sometimes there was a timeout error because the lug belt was not moving as the film moved backwards.
The solution was to adjust the position error window (SE) and timeout (TO) of so that both position errors and timeout errors were avoided during operator stops. The line was then run to test these modifications. The program was then modified once these parameters were confirmed.
On a different line, we observed an error code E02 once when the machine was stopped – it happened when the film was tightened by hand causing the master encoder to move backwards.

If there’s a subject that you’d like me to cover in future posts or you would like to share your experiences in a post please let me know; we’d love to hear from you.