Technology with a heart

Linear motors are used in increasingly diverse applications and much of the pioneering work is being done in our universities. This is the first in a series of posts that looks at some of the more interesting and promising applications and starts by looking at the work of Queen Mary University of London who are using linear motors to simulate the human cardiovascular system. Heart disease is the most common cause of death globally and this important research will help in the development of treatments by allowing reliable in vitro (outside the body) testing of artificial heart devices. 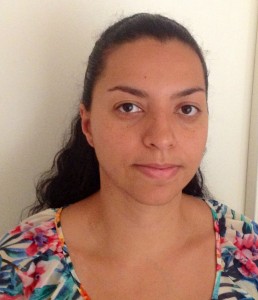 Dr Paula Ruiz-Hincapie (Queen Mary University of London), Professor Theodosios Korakianitis (Saint Louis University) and their collaborators have designed a device which simulates the human cardiovascular system and significantly improves on previous implementations so allowing reliable in vitro testing of artificial devices such as heart valves, ventricular assist devices (VADs) and mechanical circulatory support (MCS) devices. Artificial devices need to be tested in vitro prior to in vivo testing and this work improves the reliability of testing so allowing development and introduction of new medical devices.

“This work by, funded by the NHS, has now moved from testing and proof of concept to the development of new medical devices for implantation,” adds Paula.

Four rubber gaiters of the correct size are used to model the four chambers of the heart which are accurately activated by a separate linear motor (P01-37×120 from LinMot) to simulate the suction and ejection stages. The linear motors consist of a stator and a slider accurately controlled by an E300 LinMot controller with four channels to accurately the position of each slider according to a predefined time-varying elastance function. This allows precise emulation of the contraction and filling phases as found in the native cardiac muscle. A high speed, high performance data acquisition card from National Instrument is used to send the desired displacement trajectories from the PC to the linear motor controller and to read the measurement signals from the pressure transducers and the flow-meter to the PC. NI LabView software is used for the desired trajectory generation and monitoring tasks.

This research demonstrated that the use of linear motors for displacing individual chambers provides an accurate technique for emulating different physiological (rest and exercise) and pathological conditions of the human cardiovascular system with and without mechanical circulatory support. The experimental results demonstrated the capability of this device to replicate normal and diseased conditions. The details of the experimental simulation of the various conditions and the measurements recorded to assess the success of the simulation are published in Artificial Organs, 2013 Vol 37 No 6 p 549-560.

Paula Ruiz-Hincapie is now affiliated to the University of Hertfordshire where her work has expanded into an exciting new area. Applying her experience of simulating the cardio vascular system with linear motors, she intends to use these motors to stimulate cardiovascular cells to reproduce themselves. The intention is to populate a bespoke geometry or scaffolding that can then be transferred to a patient for replacement of a malfunctioning organ or tissue.

“The cells will be grown in the laboratory and supplied with oxygen and nutrients. Linear motors will used to apply a force profile simulating that of the cardiovascular system. We hope, one day, to use cells grown in this way to implant into diseased hearts replacing damaged tissue. To do this type of transplant today tissues would be taken from a washed and sterilised cadaver, but there is always a risk of infection or rejection by the recipient’s immune system. Our work hopes to overcome these issues by growing replacement cells from cells taken from the recipient and thereby overcoming these problems,” Paula continues.

We look forward to hearing more about this innovative work in the future and wish Paula the very best with her research.

To learn more about LinMot’s range of linear motors please take a look at our website or contact us to discuss your application.