Linear motors help reduce the use of antibiotics in fish farms

Last month, scientists found bacteria resistant to the drug (colistin) which is used when all others drugs have failed and warn that this could mark the beginning of a post antibiotic era with people dying from untreatable infections. It is likely that resistance emerged after colistin was overused in farm animals.
Preventive medications, including antbiotics are widely used in farming and aquaculture. Norway, where fish is the third most important export has recently succeeded in nearly completely eliminating antibiotics. At their peak, in 1987, Norwegian fisheries alone used about 50 tonnes of antibiotics per year – more than were prescribed for the entire population of Norway in the same time period. Now, Norwegian fish farms are using less than 100 kg per year and 98% of all salmon farmed in the country have absolutely no exposure to antibiotics. This was made possible by vaccinating the fish.
This procedure is difficult, however, because up to now each fish has had to be manually injected with the vaccine using a syringe. Considering the number of fish raised annually – 1.4 million tons of salmon in aquaculture worldwide in 2010 – this procedure had reached its limits. Drives and Controls have reported on the automation of the vaccination process by a Norwegian machine builder, Skala Maskon, whose system allows a single operator to anaesthetise, sort, singulate and vaccinate up to 20,000 fish every hour. The machine not only vaccinates many more fish but also ensures that the quality of the vaccinations is much higher than humans can achieve. 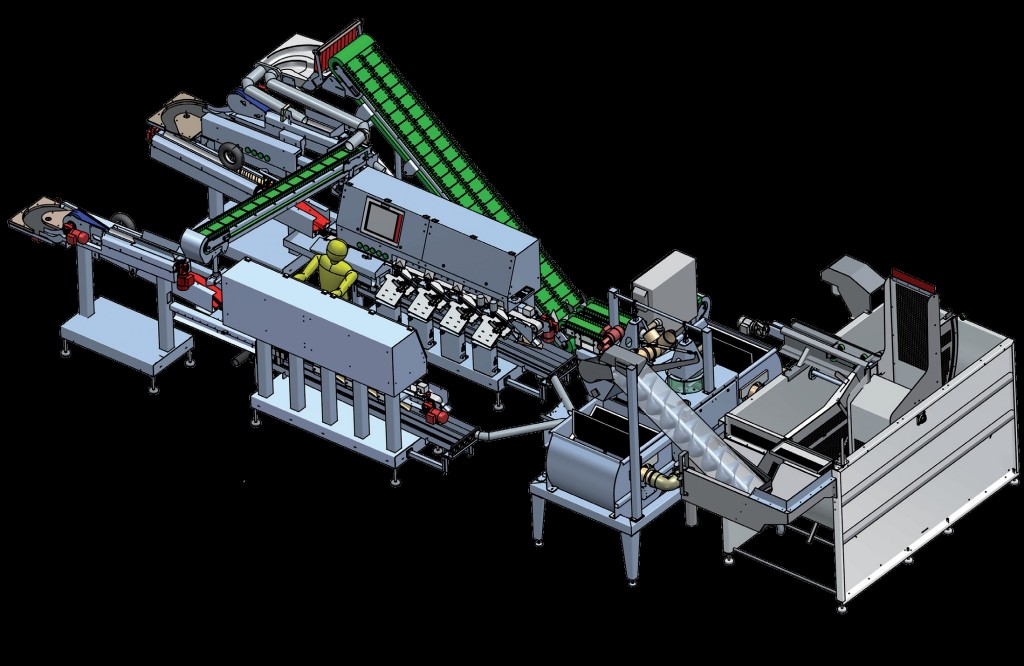 The machine consists of one or two vaccination modules, each equipped with four vaccination stations. An image processing system first measures each fish and generates information that is used to calculate the point of injection. The vaccination station is then positioned using a linear motor, making it possible to hit the optimal oinjection site for each fish with a precision of better than 98%. The length of the fish, as determined by the image procesing system, is also used to calculate the depth of the injection. A sensor on the needle monitors the injection process and the vaccine dosage for each fish. As a result, the mortality is said to be less than 0.02%.

LinMot linear motors were chosen for their speed, precision, compact form and their ability to meet the necessary hygiene requirements. The motors are made of stainless steel and protected to IP69K, contain no gaskets and all the connections are welded. The motors are potted to prevent condensation and they have no protruding parts or gearboxes (unlike conventional servomotors). 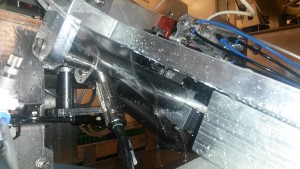 The stator model, PS01-37x120F-HP-SSC-R used in the vaccination unit, has an outer diameter of 48 mm and length of 296 mm and when used together with the appropriate slider is able to apply a constant force of up to 210 N over the entire range of its stroke. A high-clearance variant, PL01-19×350/260, with a stroke of 120 mm was selected for the vaccination unit. The motor is controlled by a model E1100-VF-HC servo inverter, also from LinMot, which supports both force control and speed control and is designed for integrating the linear motors into systems with a master axis controller.
The motor’s force or speed is set by the master position controller via a ±10V differential analogue signal. Either the internal LinMot measurement system built into the motor or a high-precision external measurement system can be used for feedback. Simple positioning controls can actuate the E1100-VF controller with stepper motor or directional pulse signals. For testing and commissioning, the VF controller can also be operated in point-to-point mode, with four freely programmable end positions.